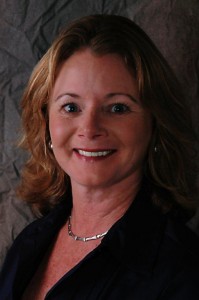 Teresa is originally from Cincinnati, Ohio. In 1995, like many, she moved to the Roaring Fork Valley shortly after vacationing here. Before leaving “Cincy”, she worked in areas such as Shipping and Receiving, Administration and Marketing for companies like Montgomery Ward, Blue Cross & Blue Shield and the H.J. Heinz Corporation.

After settling into her new surroundings, Teresa pursued a career in sales beginning with Rocky Mountain Cattle Moo-vers, a tour operator in Carbondale offering City Slicker Cattle Drives. You read right,
City Slicker Cattle Drives. About the old-west style job, the former city slicker herself says, “I was young but at the time it was the most fun I ever had working.”

After six years, she felt it was time to get serious, so she accepted a retail sales position at Splash Home and soon after became General Manager of their store in Edwards, where she remained for about seven years.

Teresa became a member of the KMTS staff in 2009. She says she feels blessed,

“…because we are small office, it’s kind of like family. I’ve been at KMTS for two years and have really enjoyed getting to know our customers and the people that I work with.”