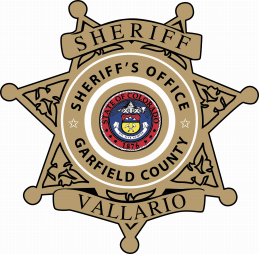 The Active Shooter situation in the Red Mountain neighborhood has ended.

According to the Garfield County Sheriff’s Office, “At approximately 12:41 PM the suspect exited the residence and was taken into custody.  Officers are currently in the process of clearing the residence, verifying that no other threats are present.”

Earlier today, the Glenwood Springs Police Department responded to an active shooter this morning shortly before 11:00 AM.

The incident occurred near the intersection of 10th Street and Riverview Drive in Glenwood Springs.  Multiple shots were fired.  An injured party was recovered from the scene and transported to Valley View Hospital with a gun shot wound.

A female was also able to exit the residence and is safe with law enforcement. There were multiple agencies responding from surrounding Police Departments, Colorado State Patrol, the District Attorney’s Office as well as Glenwood Fire.  The Garfield County All Hazards team responded with the Bear Cat as well as a similar team from Eagle County with their defense vehicle.

Negotiators from both the Glenwood Springs Police Department and the Garfield County Sheriff’s Office were in contact with the suspect.

The area should be clear and Midland Ave. should be open shortly.

We will update as more information becomes available.