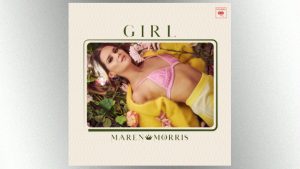 Girl, the sophomore album by Maren Morris, arrives at number one on Billboard’s Top Country Albums chart, selling 46,000 equivalent album units in its first week. It also places fourth on the all-genre Billboard 200 as well.

It’s the first #1 debut by a female artist on the country albums chart this year. In fact, the last time a woman entered the chart at #1 was back in September, when Carrie Underwood’s Cry Pretty opened at the top.

“I am blown away by the support this last week,” Maren tells Billboard. “My fans were already screaming the lyrics at the show the day after the album came out.”

“I am so shocked and thankful to have broken this record for country music,” she adds.