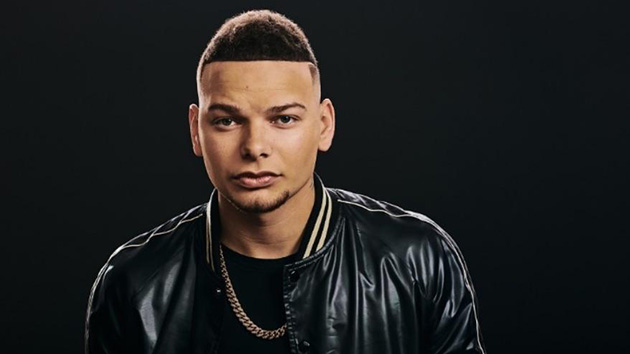 Kane Brown and his wife Katelyn are finding ways to amuse themselves at home.

Last week, Kane posted a blooper reel of himself trying to imitate his wife, promising that a full video was forthcoming. Kane delivered on this promise with a video of him and Katelyn attempting their best impressions of each other.

The clip begins with Kane on the elliptical, peddling ferociously with a towel wrapped around his head and a bottle of water in hand.  “Babe, how many calories do you usually burn? I’ve been going for two hours and I have 53,” he calls into the other room.  Apparently, “babe” is a word used frequently in the Brown household.

The camera then cuts to Kane, still with a towel on his head, approaching his wife, who is in character as her hubby, wearing a Pizza Hut hat and playing video games, getting furious when she loses the game after Kane asks her to cuddle.

The video ends with Kane, aka Katelyn, spending so much time moisturizing his face before bed that he misses the movie his wife rented for them.

“Did you watch the whole movie?” he asks defensively while still in character. “Babe, you’ve been in there for over an hour. You’re going to bed, not out to dinner,” Katelyn replies as her husband.

“Couple things,” the country superstar captions the video with an eye roll and crying laughing emoji.

The couple wed in October 2018 and welcomed their daughter Kingsley one year later.