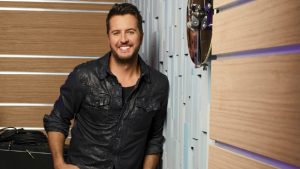 Wednesday night in Nashville, Luke Bryan kicked off the 2019 NFL Draft with a pre-party that raised $120,000 for charities in Music City.

ESPN’s Kirk Herbstreit joined Luke for the fundraiser at his 32 Bridge Food + Drink honky tonk.  The establishment’s right in the heart of the NFL action, in the section of Nashville known as Lower Broadway. In addition to a question-and-answer session with the two stars, Luke also delivered a surprise performance.

The 2019 NFL Draft on ABC starts at 8 p.m. ET and also includes ESPN’s Rece Davis and the College GameDay crew.