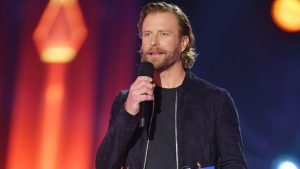 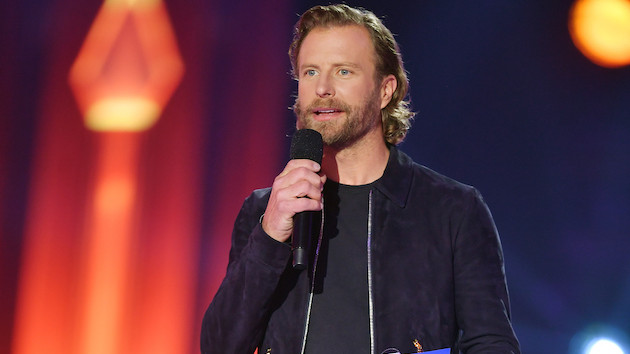 ABCDierks Bentley has some laughs at his own expense in the music video for his latest single, “Gone.”

The song’s lyrics tell a story of a guy who’s checked out after a breakup, explaining that he’s “been a million places but they’re all up in my head” as he sits on the couch, watches TV and nurses his broken heart.

For the video treatment, the singer takes that concept to a whole new level. He starts out by moping around in bed and flipping through the TV, but there’s something unusual about the shows he’s watching: They’re all homages to TV classics, and they all feature Dierks as the main character.

No matter what character he’s portraying, Dierks always seems to end up as the butt of the joke. He plays Dwight from The Office, and ends up being on the receiving end of one of the show’s classic pranks. He stars in a Full House parody, but winds up getting covered in baby spit-up. As a Game of Thrones character, the singer loses his fight with a dragon.

“It just always ends poorly for me in this video,” Dierks jokes in a statement, according to Rolling Stone. “I definitely had a lot more fun making it than it looks, though.”

Dierks released “Gone” back in October. It’s his first new music since his 2018 studio release, The Mountain.