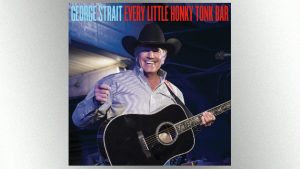 George Strait might’ve retired from touring five years ago, but he’s still making as much money on the road as he ever has.

The “Every Little Honky Tonk Bar” hitmaker took in $12.7 million for his March 17 engagement at NRG Stadium in Houston. It’s the biggest concert ever for the venue, surpassing recent shows by Beyonce and Jay-Z and Taylor Swift.

It also ranks as Strait’s second-best moneymaker ever: The only time he made more was the final show of his farewell tour. He banked more than $18 million for the June 7, 2014 set at AT&T Stadium near Dallas.

The Country Music Hall of Famer’s other recent show was March 30 at Mercedes-Benz Stadium in Atlanta. He did pretty well there too, tallying another $12 million.