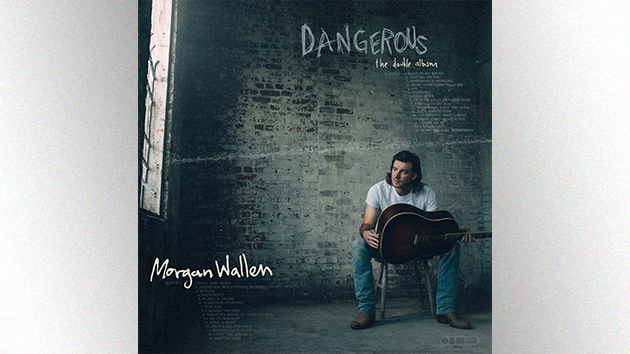 Big Loud Records/Republic Records – Morgan Wallen is taking matters into his own hands after Walmart made his new album available ahead of its scheduled release.

After some fans posted on Twitter that they’d managed to get their hands on physical copies of Morgan’s Dangerous: The Double Album at Walmart days ahead of its Friday release, the singer turned to Instagram to set the record straight.

“Hey y’all, it’s been brought to my attention that some of my music, well my album, has leaked at some Walmarts around the country. I don’t know how that’s possible, but it has, also that some of y’all are posting and trying to spread the new music, which I’m super thankful for. I’m glad you’re eager to do that,” Morgan shares in a video.

“But man I’ve been working on this album for three years. I’ll be damned if I’m going to let Walmart do the leaking like that,” Morgan adds, encouraging fans to keep up to date with him on social media and to purchase the album through Target instead, as he’s given the retailer two additional bonus tracks.

“I’m going to start doing the leaking of the songs myself,” he vows.

On TikTok, Morgan has since released a series of the album’s 30 tracks, including the title track, “Warning,” and “Rednecks, Red Letters, Red Dirt.”