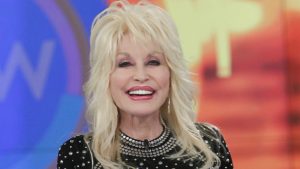 Dolly Parton expects to start shooting the sequel to 9 to 5 very soon.

The country music icon will reunite with co-stars Jane Fonda and Lily Tomlin to play three former secretaries who took on a horrible boss to create a more female-friendly work environment in the classic comedy from 1980.

In the new film, a younger group of women reaches out to the original three characters for help.

Actress, writer and producer Rashida Jones is working on the update with Patricia Resnick, who wrote the original screenplay.

“We’ve got two scripts and we’re waiting for the last rewrite,” Dolly told HLN’s Robin Meade. “So as soon as we all sign off on that, I’d say in the next few months we’ll be in production.”