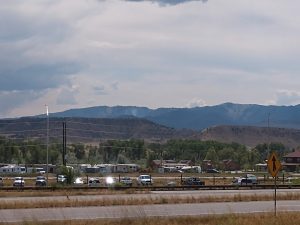 Rifle—The Middle Mamm Fire south of Rifle has been kicking up quite a bit of smoke lately. The 8-acre, managed burn is in a remote area  and is not a threat to any structures. Officials with the Upper Colorado River Fire Management Unit say drier weather has influenced fire behavior. Rifle District Ranger Sarah Hankens says the fire is burning in dead timber within a spruce tree stand which accounts for the heavy smoke.

Crews are using resources on the ground and in the air to track the fire’s growth and will take action if the fire surpasses predetermined thresholds.