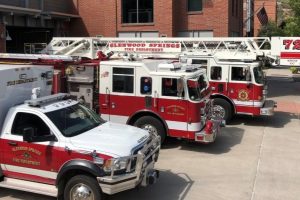 The COVID-19 crisis has added more stress and anxiety to a group of men and women who are already under a great deal of pressure, firefighters. In addition to answering calls around the clock crews at the Glenwood Srings Fire Department are sharing the economic burden due to city-wide budget cuts in addition to a ten percent pay cut. Firefighters also have to cover their own meals during their 48-hour shifts. That’s about to change though thanks to a GoFundMe campaign. Donations are being accepted for Glenwood Springs Professional Firefighters in the form of City Market gift cards. The campaign’s goal was reached within a day of being posted. The campaign is still active. Donations can be made at https://www.gofundme.com/f/meal-fund-for-glenwood-springs-firefighters.