Motorists wanting to catch a glimpse of a fire burning between Rifle and Rulison are causing trouble for fire crews trying to battle the flames tonight.

Walt Stowe with the Garfield County Sheriff’s Office says members of the public are being asked to avoid County Road 320 if possible.  Additional traffic from onlookers has apparently been hindering firefighting efforts.

The fire is believed to have been started by lightening this afternoon.  Rifle residents report seeing a single engine air tanker dropping retardant on the fire.  Stowe says  responsibility for the fire has been turned over to federal firefighters.

Stowe says no structures are currently threatened and so far only some livestock has been evacuated.  (Photos are courtesy the Garfield County Sheriff’s Office.) 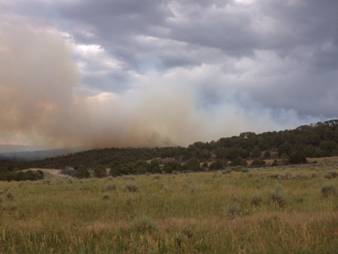 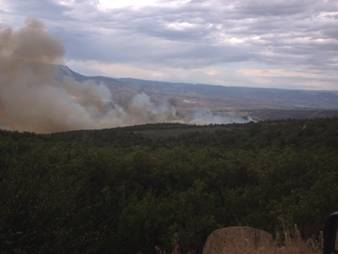