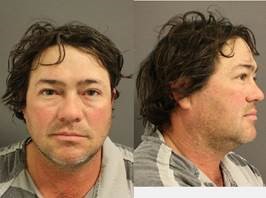 The Garfield County Sheriff’s Office is looking for information on the whereabouts of Cody Christopher. Christopher was convicted last June of two counts of vehicular homicide for a 2017 crash north of Rifle where Christopher’s two friends were killed. 36 year old Matthew Smith and 41 year old Trent Johnson were pronounced dead at the scene of the accident. Johnson’s 10 year old son was also seriously injured in the crash. Investigators said Christopher’s Blood Alcohol Content at the time of the crash was over three times the legal limit (.237%).

Cody Christopher is described as a white male, 5’7″ tall, with brown hair and brown eyes. He’s wanted for failing to appear at a sentencing hearing last September. Anyone with information on Cody Christopher’s location is advised not to approach him and call Sheriff’s Investigator Korthals at (970)456-2203.