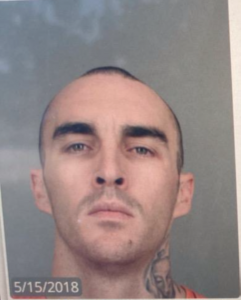 Update: At approximately 10:00 PM this evening, The Garfield County Sheriff’s Office posted on their official Facebook page that three suspect in this case was arrested in Summit County. He was reportedly driving a stolen vehicle at the time he was arrested. The post did not indicate if that was the vehicle stolen in Silt.

A vehicle reported stolen from Montezuma County was recovered in Silt this morning, after the driver eluded Garfield County Deputies. According to the Garfield County Sheriff’s Office, the vehicle was seen traveling east on I-70 around 5:00 this morning. When a deputy attempted to stop the vehicle, the driver crossed over the median, driving east in the westbound lanes. Pursuit of the vehicle was discontinued at that time due to concern for public safety. The suspect drove through the game fence adjacent to I-70 and through a fence at a storage yard before abandoning the vehicle near Highway 6 and 16th Street in Silt.

The Montezuma County Sheriff’s Office says a person of interest in the theft of the vehicle is 30-year-old Michael Iain Greer. Neither Montezuma nor Garfield County Deputies were able to make a positive identification. A suspect was not located during a search of the area where the stolen vehicle was located.

Descriptions of the stolen vehicles have not been released. Deputies say if you see or recognize Greer, do not approach him and call 911 immediately.