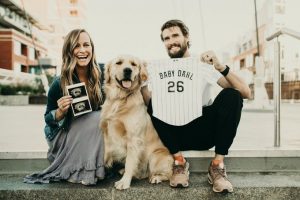 
UNDATED (AP) – Colorado Rockies outfielder David Dahl has announced on social media that he and his wife are expecting a baby in January. That news, coupled with being considered high risk with his health, caused him to give serious consideration to whether he would play this season in light of COVID-19 concerns. He became comfortable with testing and protocols and elected to play. He’s expected to be in center field for the Rockies in the opener tonight in Texas against the Rangers.